Buy with confidence with a 100% money-back guarantee! 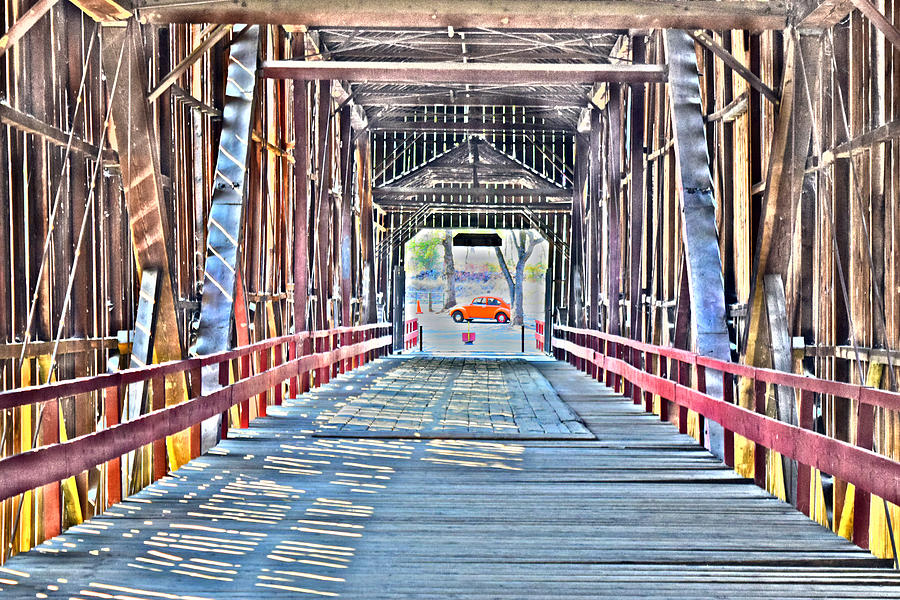 As an experiment, this image was taken with full extreme HDR painting mode. I was surprised that the image es focus was on the Volkswagon Beetle parked outside the bridge, hence the title "Beetle".

The wooden Honey Run Bridge was originally built in 1886, and was later covered in 1894.

The covered bridge is now used as a pedestrian footbridge, protected within Honey Run Covered Bridge County Park. It was rebuilt from the ruins and opened in 1972.

It was listed on the National Register of Historic Places in 1988.